Any hints about this train curve? 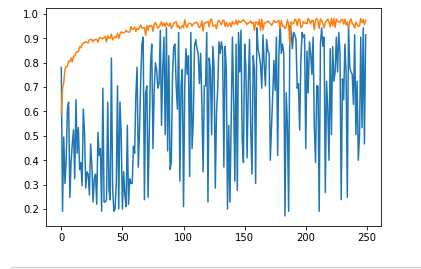 only 650 images
axis x：epoch
axis y：accuracy
batch size：15 for both trainset/val set
image size：320
compared to train set. …why the variance of dev set behave so different from the train set, seems no convergence.
what can be the problem?

It’s hard to say. Do you forgot model.eval()？
And how many imgs are used for validation?

Hi, is your model trained from the scratch or finetune from the pre-trained model?

from scratch…but i added two layers(average pool and maxpoll) in the end of the model , but i don’t think they matter 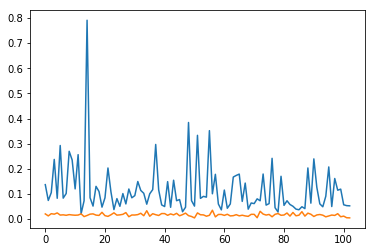 The test Images is far from enough, if you don’t have enough images for training, I would suggest you using pretrained model from torchvision and finetune.
http://pytorch.org/docs/master/torchvision/models.html

yes，
the test images is small，but does it lead to bumpy curve?

the bumpy test curve is caused by too few test images.
the gentle training accuracy curve is the result of overfitting.

ok ,thankyou , i will try to make the test set bigger