Apex's distributed dataparallael setting is not working as intended

Hi, I’m currently working on encoder-decoder transformer model pre-training and trying to train it with apex’s distributed dataparallel settings.
As I know, it executes multi-processing and each process is assigned to one GPU.
And as I searched, this distributed training certainly has an advantage that it reduces memory imbalance problem than other methods do.

But in my training, GPU’s memory allocations are different and also GPU-utils are so low, which indicates that each GPU does not work fully. 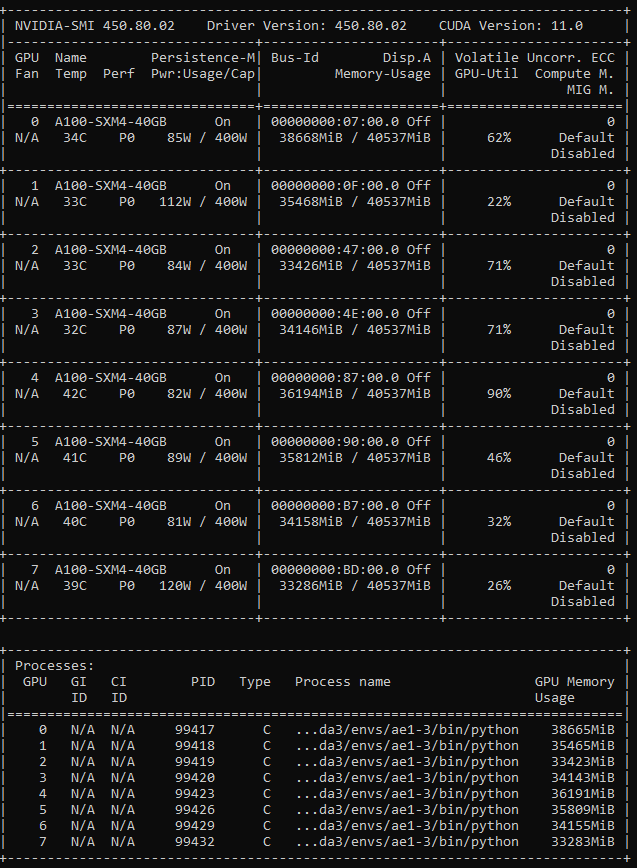 Here is the training code only with essential parts.

We recommend to use the native DDP implementation instead of apex/DDP, as it’ll be further developed and improved. Could you switch and rerun your code?
Also, use torch.cuda.amp instead of apex/amp for the same reason.