Hello everyone,
I manage to build PyTorch 1.6.0 from source on my Manjaro aarch64 KDE on Raspberry Pi 4 (4GB memory), but failed.

After installing Manjaro aarch64 system, I just installed gcc/g++, cmake, python-yaml, and some other packages. I installed them by sudo pacman -S, which is the ordinary installation method. 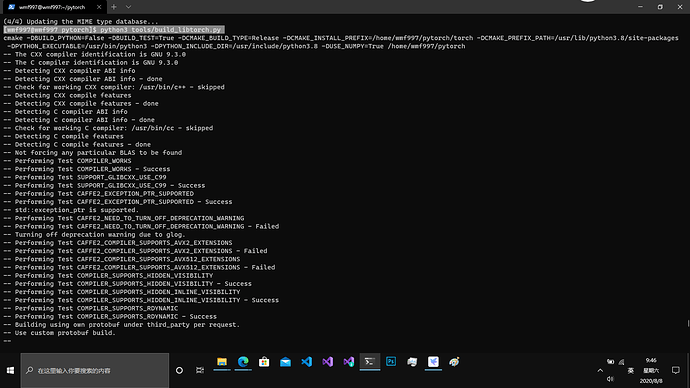 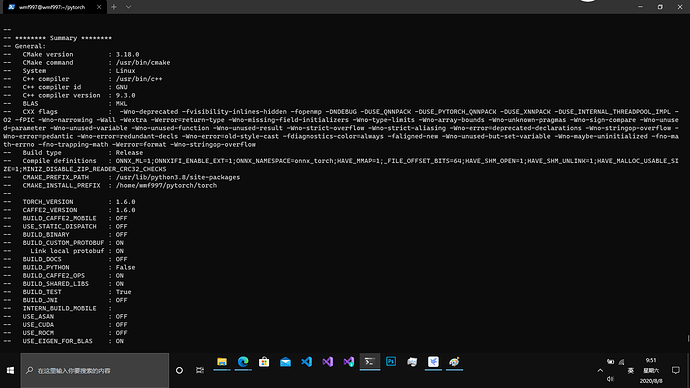 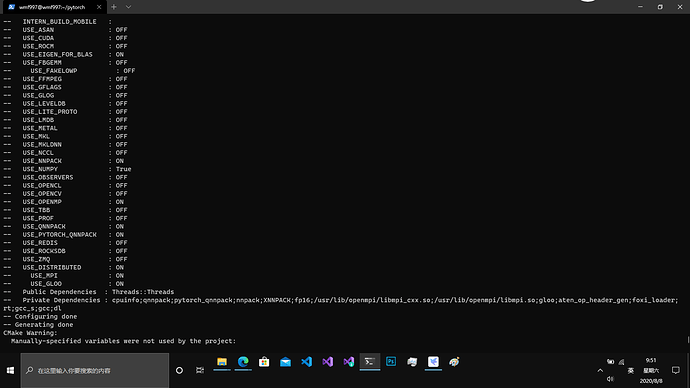 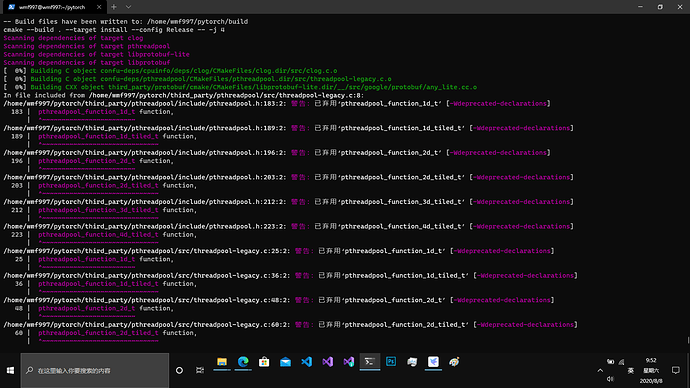 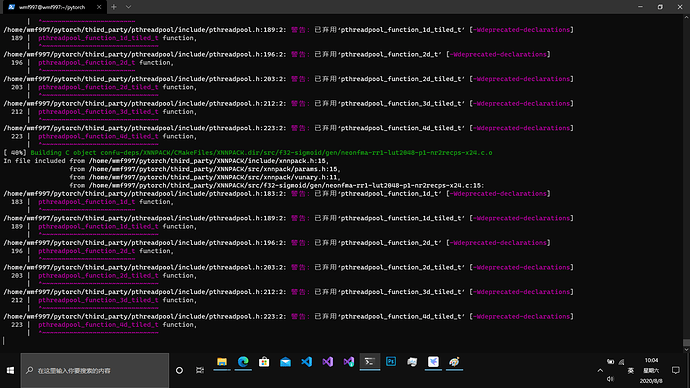 I check that there warnings also appear when building XNNPACK and QNNPACK.

I also rerun the issue on many other aarch64 OSs, for example, Ubuntu Server 18.04 & 20.04, and Raspberry Pi OS (aarch64 version, NOT armv7l version!), all of the building processes met the same “pthreadpool deprecated” issue.

In fact, I built pytorch/libtorch on Raspberry Pi OS (armv7l version) at the very beginning, it was built sucessfully, and no “pthreadpool deprecated” issue was met at all. I thought “the armv7l sucess can be directly used in building pytorch on aarch64”, but it failed.

Building from source on Linux x86-64 does not meet the “pthreadpool” issue, and it is also sucess.

So, I want to ask why this “pthreadpool deprecated” appears in aarch64? And how can I build a “correct” pytorch/libtorch on aarch64 OSs?

Notice that building newer version of PyTorch can be a little different from building older versions.