I am trying to build a network where identical blocks are chained such that the next block uses the output of the previous one. Let me give an example. 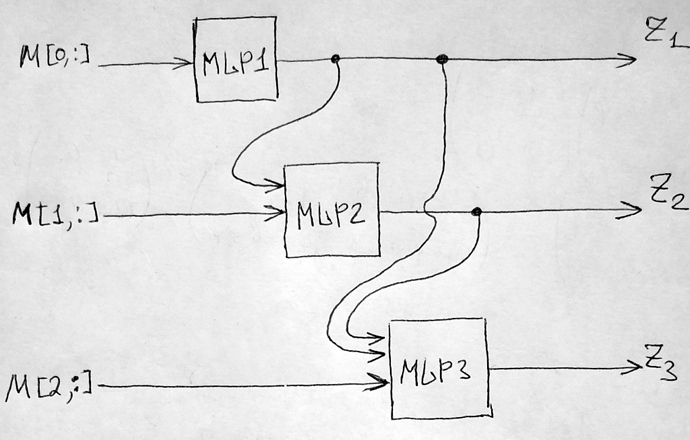 The architecture could be possibly implemented by means of LSTM network. However, the plan is to use many blocks in training time and just a single MLP block upon testing (prediction). The main requirement here: all MLP blocks must be identical. So, the questions:

I would greatly appreciate it, if someone kindly gives me a suggestion.

Thank you very much. Your advice is really helpful.