Hello all, I am using resnet-50 pretrain model from pytorch vision. Before using the pretrained model, my input data is as below for training from scratch

For using pretrain model, I have to follow the normalization method as pytorch did, especially, my code is

Is the above normalization way correct for input of resnet 50 pretrained model? I found that it take a lot of time in comparsion with my first way (div by 255)

You should subtract the mean and divide by the std.
Have a look at this formula in torchvision.transforms.Normalize.
Could you try that and report, if it helps training?

For normalization I would do as @ptrblck suggests.
If you just need to transfer your values between 0 and 1 encoding for a black and white image for example, dividing by 255 is enough I guess.

Thanks so much for your reply. @ptrblck: how can i use it for my case? My input is numpy array as the first way.

If you have a PIL.Image, you could do the following:

In that way, you don’t have to normalize the data yourself.

The simplest way to use the Normalize method is how @ptrblck suggested.

but you then pass the transform to your custom Dataset as a parameter and after getting the image you
just apply the transform on it. here is a simple example:

the image is pil object or tensor or array?

the Image is a PIL Image. If i’m not mistaken the transforms will turn it to Tensor first and then do the Normalize.

I haven’t used rgb2lab in my experiments.

From what I understand opencv has a rgb2lab conversion which can help you a lot.

from a brief reading I noticed that the lab channels are converted to the following value range: 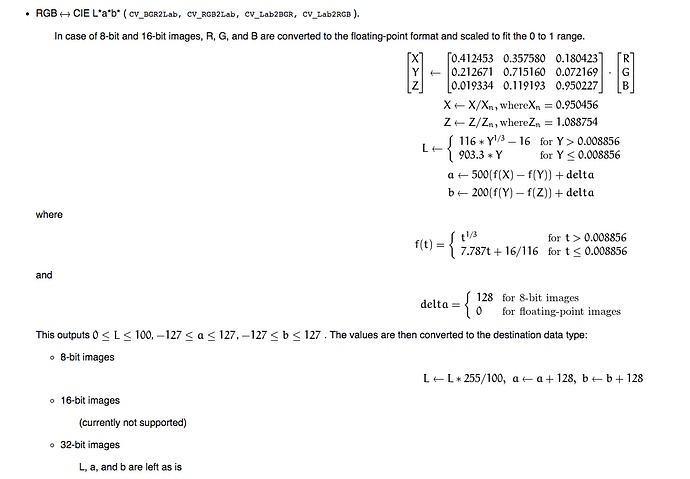 So I would normalize each channel accordingly.

Hope this helps a bit.

thank you, l will look it up