Bias and Weights relation between Pytorch and Tensorflow

Hey everyone, I’m testing how both frameworks differ in their calculations at the same time I’m trying to make both close to same as possible. Well for this tests I use the same weights and bias parameters in Initialization for the same equivelant network arquitecture.
For this specific case I’m using a SGD optimizer with momentum at 0. I also use a custom function for the optimizer in Tensorflow so it becomes as similar to Pytorch.

For the models training I’m using a costum function where i use the same inputs for Pytorch network and permute them to use it in Tensorflow training loop.

I run this in some different datasets and this was what i got: 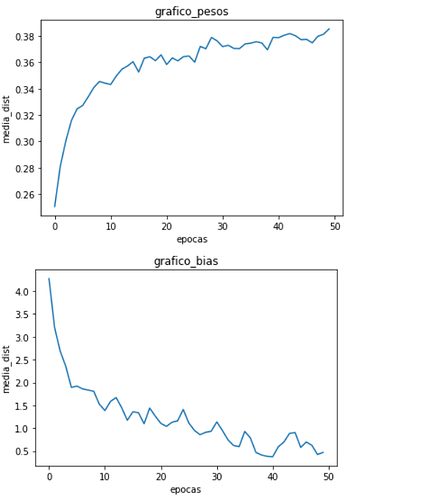 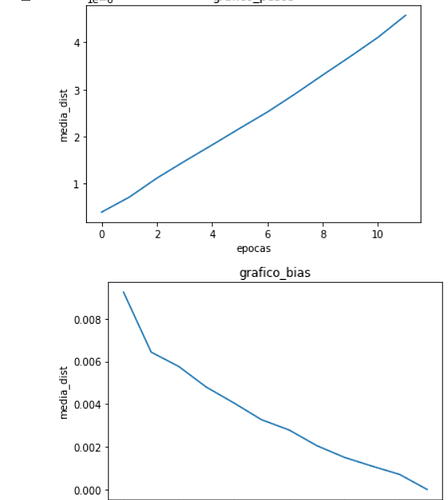 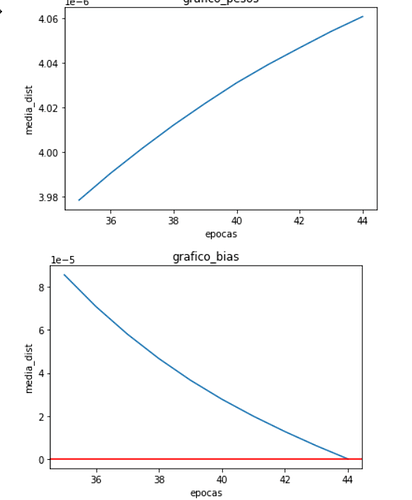 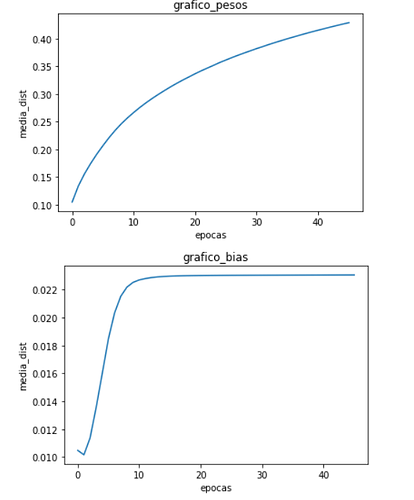 Are you seeing these differences only between the frameworks or also if you just rerun the same training pipeline in a single framework?
If you are not making sure the outputs are bitwise deterministic, I would expect to see a difference convergence behavior and a different set of final parameters even in the same framework (the final accuracy might still be approx. equal).

Hey @ptrblck thanks for your reply at first place. I did a test on what really happened and what i got was this graphic: 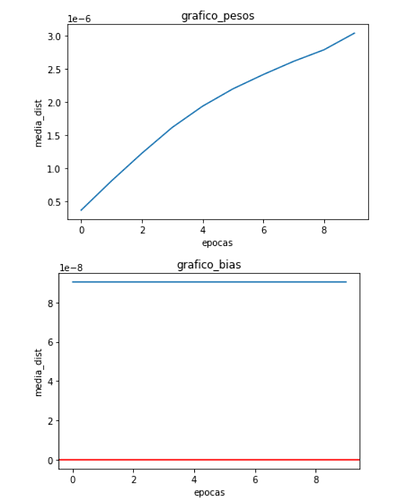 So the weights seems to diverge and bias seems to be allways the same, i also got the same acc but the loss are diferrent on the evaluation of the models. I also got some really close different losses per batch in the training loop. So am I doing something wrong and if so what it is?

Here is also the training loop:

Differences in the 1e-6 range are expected for float32 if no-deterministic algorithms are used due to the limited floating point precision. You would also expect to see the same or a similar behavior using the same framework and different runs in case you are only seeding but are not forcing the usage of deterministic algorithms which is why I asked you to compare different runs in the same framework first.

Hey @ptrblck thanks again for the anwser. What bother me is the fact that the difference in weights is growing and not stable or 0 which i expect in case of the run in same framework. I really wanted to understand why in some cases the biases are becoming closer but in the GTSRB looks like are diverging, Could you give me some explanation about it?. Another thing is why, in the same framework, since I’m using the same pipeline, same models , same initialization and same seeds but the average difference of weights are not constant like the biases? I expected it to produce the same floating error at least. Also how can i make my algoritms deterministic in this case?

What bother me is the fact that the difference in weights is growing and not stable or 0 which i expect in case of the run in same framework.

Another thing is why, in the same framework, since I’m using the same pipeline, same models , same initialization and same seeds but the average difference of weights are not constant like the biases?
I expected it to produce the same floating error at least. Also how can i make my algoritms deterministic in this case?

Check the Reproducibility docs which explain how to force deterministic algorithms.

Hey @ptrblck, thanks again for your answer :). My goal here is to really understand how close i can get both frameworks to produce the same output. As far I as understood, there are differences than can be caused by differences in algoritms calculations or the default initializations. So the point here is to reduce the much as possible in the differences of the output so I be able to “name” the causes to the small growing errors occuring in the training process.

So if I take the case of checking differences between both frameworks what i got is that even without any training and just transposing the weights and biases to the other framework it will produce an small error on the loss and the acc about 1e-6 in the evaluation of any test set tested.
Due to this small small value and taking the fact that individualy calculating the loss for every input there are some that produce losses with really small differences and others which are exactly the same, i was ready for differences in the training just like what we can see from the weights graphic. The thing is, why are the biases taking a different behaviour of the weights and getting closer. What was going on my mind was that even if the weights were “diverging” the biases in other way were converging in compensation arround the error value because it was getting in the minimum. But there we go, I found one case where biases were not taking the same behaviour of the last one and were diverging. So about this part i want to understand if Im in a good spot or if Im wrong and there are more aspects to take in mind before i can assume the value error is only because of the floating calculations.

Now about the differences in the same framework it bring me a new point that maybe i havent deterministic all the process. But fun fact the biases in this case take another behaviour that is being constant.

I tried to resume all the idea so maybe you can get better my doubt about what i have obtained.

Hey @ptrblck. I have noticed that i was almost using everything for the reproducibility expect
torch.use_deterministic_algorithms(True). Well for the rest I found out that for the training I had a small mistake done in the GTSRB dataset and after correct it this is how the avareage difference is: 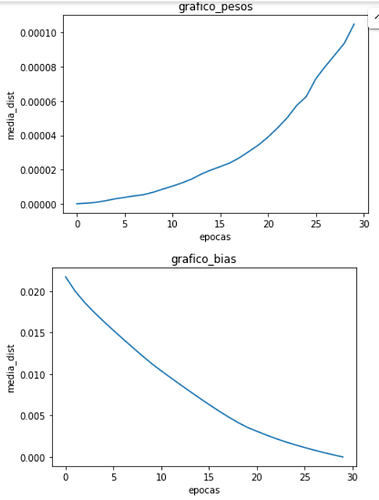 sinais521×687 46.9 KB
I also rerun in the same framework the training pipeline and the result is almost the same with slightly differences in the values: 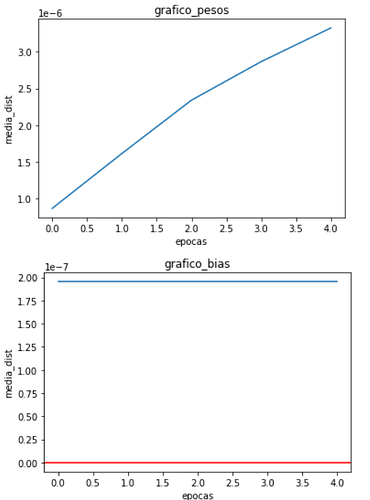 new_pt_pt507×684 39.8 KB
Also an extra i found out that the loss value at the beginning when i eval the model with the test data is exactly the same but when it comes to training the loss slowly start to differ but in the firsts iterations is the same in 1e-15.

Hope this new information helps with an answer