Hi everyone,
I am struggling with finding out if an idea that I had is possible in pytorch.

My goal is to have an image classifier, that selects the most relevant reference image for a reference based super resolution model. 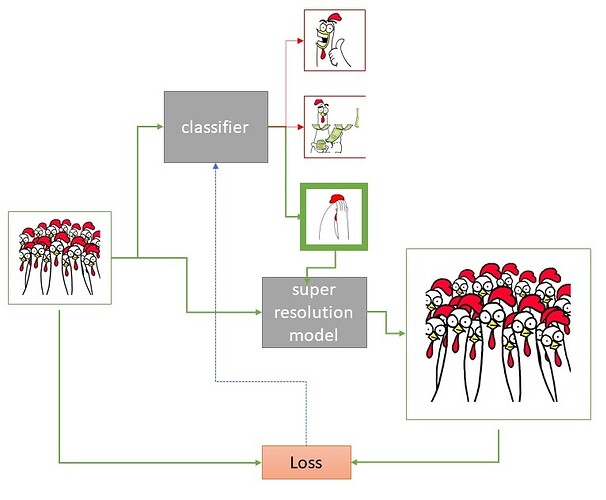 So first, an image is sent to a classifier. That classifiers output should select one image from a fixed stack of images. This output is then sent to the super resolution model (SRM).

Is it possible to map a classification output to discrete 3d-classes without loosing the possibility to differntiate the whole thing?

My first idea was to just use any image classifier e.g. ResNet, but of course if I apply

to that and then select the right reference image with that, there is no way a gradient could be calculated in the backward pass, because the reference image has nothing to do at all with the classifiers output.
Has anyone a vague idea how, or if this could be possible?