I am trying to implement InfoNCE Loss from CLIP in a distributed way. InfoNCE is a loss function which is used for contrastive learning and it favors large batch size during calculation. In CLIP, a batch is composed of image-text pairs, there is an image encoder and a text encoder. These encoders are then used to extract image and text embeddings, further these embeddings are used to calculate the pairwise cosine similarity and finally the loss. 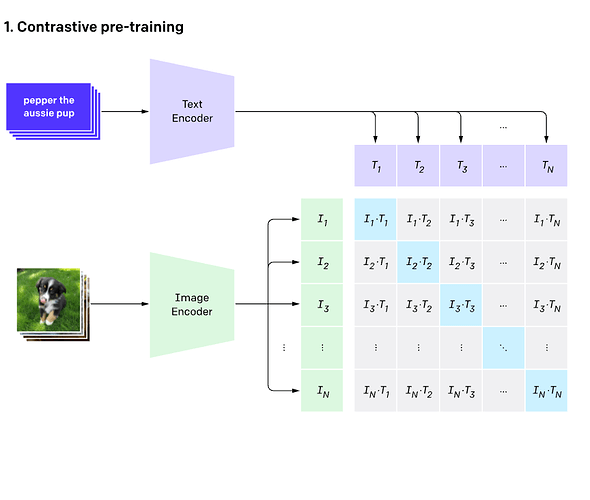 For this purpose, I started writing some dummy code to test this idea on CPU before spending GPU compute. I created 2 gists, 1 script as a test case which does loss calculation and backward without distributed context and 1 other script which tries to implement this idea in distributed context. Although, it looks like image_encoder.weight.grad correctly matches the non-distributed version text_encoder.weight.grad is None.

Regarding above, I have a few questions:

Thanks a lot in advance!

Update: I updated code here to use GatherLayer. Now text_encoder.weight.grad exists but values are not same as the non-distributed version.