Docker torch.cuda.is_avaiable returns false and nvidia-smi is not working

I’m trying to build a docker image that can run using GPUS, this my situation: 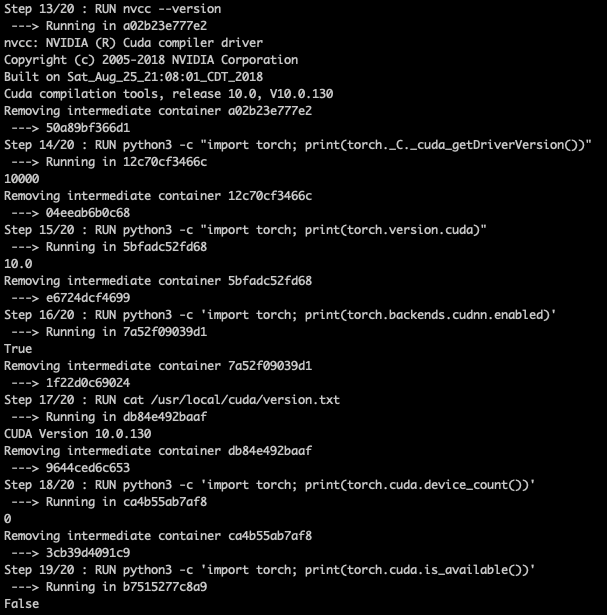 I have python 3.6 and I am starting from image nvidia/cuda:10.0-cudnn7-devel.
Torch does not see my GPUs.

nvidia-smi is not working to, returning error:

I installed nvidia toolkit and nvidia-smi with

How did you execute the container?
Note that you would need the nvidia docker runtime to be able to use GPUs inside the container.
Older docker versions used:

while newer ones can be started via:

I used this command.

I solved my problem and forgot to take a look at this question, the problem was that it is not possible to check the avaiability of the GPUs during building of an image as I was doing in the image above.
Once I tried to start the image and use command torch.cuda.is_avaiable() it returned True and I figured out the problem was not the installed packages but the way I was checking if they were working.