Hi everyone! I have found something in PyTorch’s documentation that challenges my view on the computation that multi-layer RNNs are supposed to do. I would greatly appreciate it if you could correct me if I don’t understand it properly.

In RNN’s documentation, it is said that each layer receives the input and h_(t-1), which is “the hidden state of the previous layer at time t-1”. 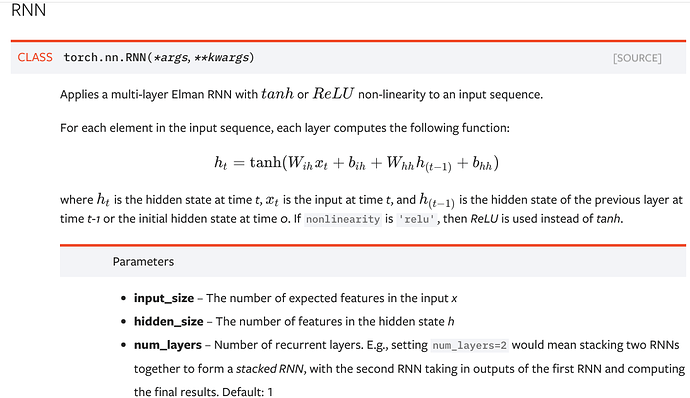 I understand that, for the first layer, x_t is the original input, and for the rest, x_t is the current hidden state of the previous layer.

Many thanks in advance.

h[t] and h[t-1] from different layers would mean a non-recurrent formula for a deeper layer, so it must be a documentation issue or poor wording.

I see, thanks for your answer!