was trying to load yolov5s.pt on CPU first then want to transfer to GPU with the following way:

reference from link
but gives me the following error:

params seems to be a dict object containing the model’s state_dict in its ['model'] key as well as other objects such as the optimizer’s state_dict in ['optimizer'], the training results etc. as given in the error message.
Index the 'model' key and it might work,

Hi, Thanks for your response,
I tried the above solution but not worked.

Could you describe a bit more what exactly did not work?

Yes, while checking with above solution, I got the following error:

can you please help and check?

It seems you’ve saved the model object directly instead if its state_dict, so you could try to assign the model directly via model = params['model']. 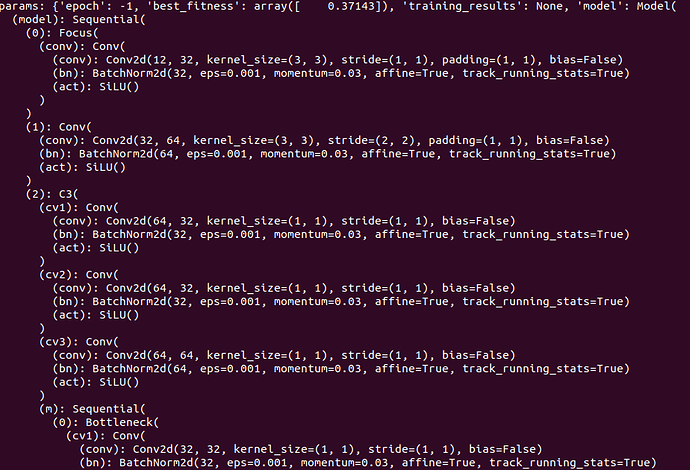 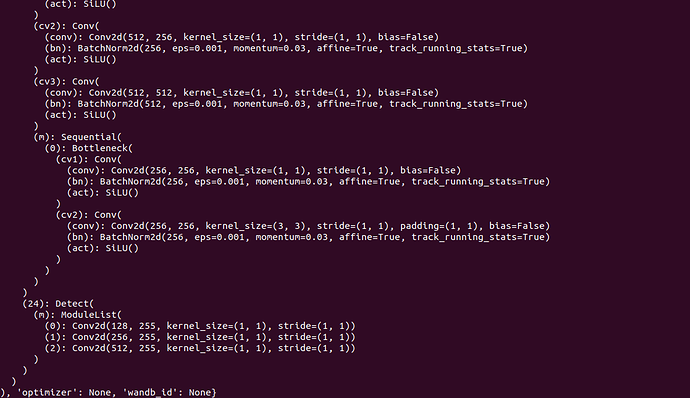 I assume models.load.py and attempt_load are custom methods, so you would need to check your code to see how the model loading is expected.
Based on the new error it seems as if the used model object is supposed to be a list.

that’s why I was looking for some solution referred from (link) to load model first on cpu then transfer to gpu, with the above discussion I was trying to find a solution using state_dict but not resolved that yet, Want to understand why this memory surges even I changed the load device?

Assuming you are profiling the host RAM, the memory increase would be caused by loading all CUDA libs and is expected.
The linked issue targets an OOM on the device, which I don’t know if you are running into.

Hi @ptrblck Thanks for the response,
As discussed and suggested I tried with following way to get state_dict

with the above way, I was able to load state_dict which contains weights and biases, using load_state_dict to the existing model. which resolve my above-mentioned state_dict issue.

Now, I want to load the same model which I already loaded in CPU to GPU but the model is not able to migrate from cpu to gpu, even not getting any error but model stayed only on cpu even I tried to migrate it to GPU with following way:

can you suggest, how should I do this from cpu loaded model to gpu?

model.to(device) will move all registered parameters, buffers, and submodules to the specified device as seen here:

If this mechanism is not working in your model, I guess you have somehow “unregistered” the parameters, buffers, etc.

I have tested model in above-mentioned way,
observation is : model.named_parameters() and model.named_buffers() shows the blank result, inside that no weights and bias. looks like as you mentioned it is “unregistered”.
So how can I resolve this to do register those?