I’m training a GAN on a single ImageNet class (~1300 images) and I found that the image normalization constants I pass to torch.transforms.Normalize seem to affect the training a lot. 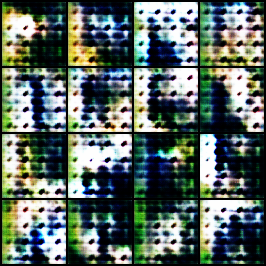 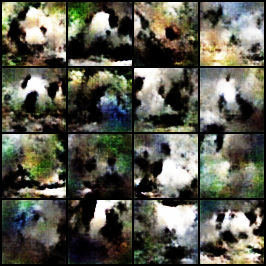 I haven’t run the training for long enough to exclude that the “left” model will eventually improve, but still I find this to be a significant difference for what I thought was a relatively unimportant parameter.

By default it uses the “good” normalization constants, unless you pass the --bad flag. Also, it needs the dataset, in a directory structure suitable for ImageFolder. You can use any ImageNet folder, though my results were obtained on the “panda” (n02510455) class. For convenience, I uploaded that class on Dropbox at this link: https://www.dropbox.com/s/7kdjz99zqlkp2jb/dataset.zip?dl=0 (I’m not sure I’m allowed to do that, but whatever).

P.S. the model is actually a Wasserstein GAN

wgan is pretty sensitive to hyperparameters. Have you calculated the means and stds for just panda images? Maybe that will serve better as normalization constants.

Have you calculated the means and stds for just panda images?

No, although I experienced the same problem when training on 40 classes. Anyway, I’ll try to compute the statistics on the panda class alone and see what happens.

Also, in G, did you try use some FC layer at beginning to increase Z size? Putting a convT at first might be too “local”.

I used the models from the original WGAN code: https://github.com/martinarjovsky/WassersteinGAN/blob/master/models/dcgan.py. 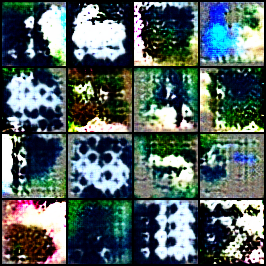 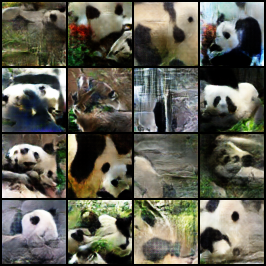 So after changing stuff a bit (adding a SLOGAN single-sided Lipschitz objective penalty, BatchNorm->InstanceNorm) and so, it would seem that the normalization matters a lot less. This is with bad=True after ~ 550 iters. 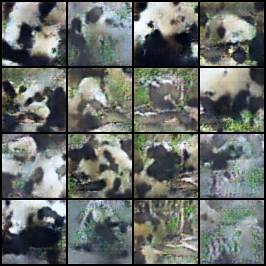 Wow, thanks Thomas! Do you have any particular explanation of why those changes would be less affected by normalization?

By the way, can you link this SLOGAN paper for me? I’m looking for it, but I’m only getting results for the “slogan” word…

sure. SLOGAN is introduced here.

Your code with small adaptations (probably not all are needed, I just fiddled around a bit, e.g. I don’t use argparse as I’m on Jupyter, sorry):

Thanks a lot, that was very helpful!