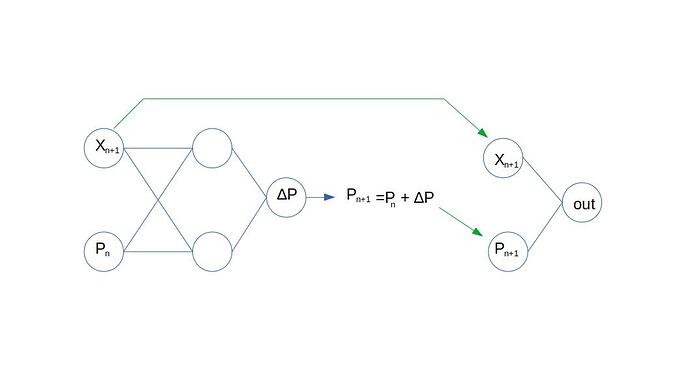 I tried to do this using a single forward pass, the problem is that during the backward process there is an error:

Is there a consistent way to use two networks like this?

My forward pass is:

Here I am using X that effectively is X = [X_n+1, P_n], internal_var is incremental P and then I add this with P_n to obtain X2 = [X_n+1, P_n+1]. I return internal_var because outside this I update X for the next forward pass.