How to convert TensforFlow Keras model to PyTorch

Can anyone help me convert this model to PyTorch? I’m just a beginner trying to do a college exercise.

@ptrblck i’ve seen you a lot in the forums and i’ve learned a lot with you already. Can you help me out this time?

You should be able to directly post most of the layers and add them into an nn.Sequential container.
E.g. something like this would work:

The main issue in porting would be the Bidirectional(LSTM) layer as I don’t know what exactly it’s doing in your code. PyTorch has an nn.LSTM module, which can also work in a bidirectional way via an input argument, but as it’ll return the output as well as the states I would not wrap it into an nn.Sequential container, but use a custom module for it so that you can make sure the outputs are processed in the desired way.

Hi @ptrblck, first of all thank you so much for the quick answer. I’ll provide some more information about the model’s implementation in the hope of a better understanding.

The model consists of 2 stacked convolutional layers for feature extraction, each followed by a max pooling subsampling layer. These layers sit on top of a Bi-Directional LSTM layer. Now, in order for these to be processed, the cut-down selected features will have to be forwarded to this layer’s units. Then, sequence prediction occurs. Dropout Regularization and Batch Normalization are applied in between layers, to reduce the model from overfitting and for better generalization on the test/validation set. 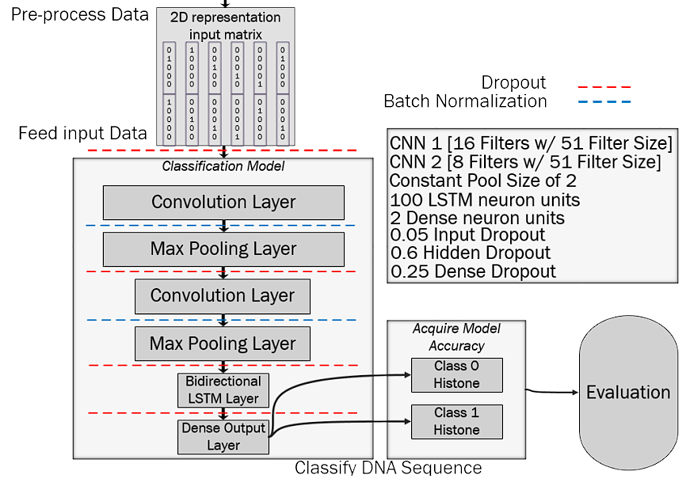 And that’s all the relevant information I have. In terms of code I only have that portion of the model available.

Once again, thank you