How to measure time in gpu mode?

I run the code as follows:

I think that it happens because no matter if you use 36 or 64 filters, gpu computes it in parallel think that each filter is independent from the others

Why does this happen? I just use a single gpu, rather than mutiple gpus.

Because gpus are supposed to be multi-core machines. If you check gpu specifications gpus have thousens of cores rather than 4-10 (like a cpu). They can run dozens of process in parallel. That’s why they speed up machine learning, as ML are basically hundreds of independent operations. Each filter in a convolution is totally independent from others.

@Tony_Lee in short yes but it’s not that simple.

Although GPU specialises in parallel computation it can only perform vectorized math and in this case tensors. And not general purpose that need sequential work, even callback mechanics might misbehave with GPUs. Also each individual cores of GPUs are significantly weaker than CPUs.

Although in case of GPU programing we tend to prefer high level APIs and avoid programing dealing with thread, processes and so on. 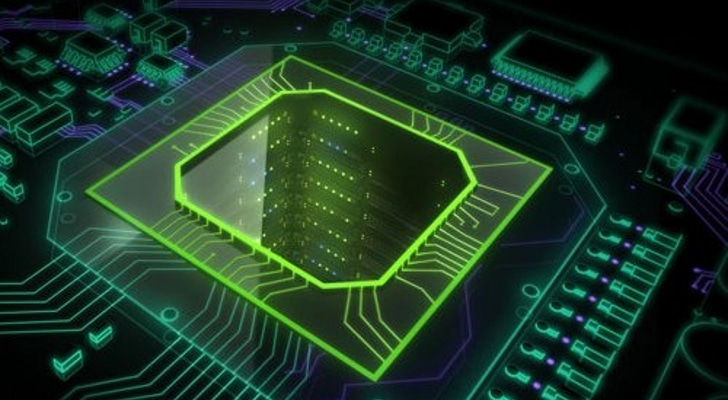 What's the Difference Between a CPU and a GPU? | The Official NVIDIA Blog

What is a GPU? And how is that different from a CPU?

Oh, thanks so much !

@JuanFMontesinos I have found that the realtime acceleration rate on CPU is also not same as the theoretical flops reduction rate, what other things will bring additional time cost ?

Well, cpu is a complex world. It depends a lot on which library do you use, how well optimized is it, which cpu model do you have… Think that not all the cpus can execute same basic operations.
Toy example, supose you have a cpu which can sum but not multiply. It will need lot of cycles to perform a multiplication meanwhile if cpu has an specific module enabled will be much faster.

In fact there is one specific operation very important for deep learning whose name I forgot. It’s a multiplication + sum.

What exactly did you find?

I have no real answer for that as it’s hardware dependent. Are you timing only the time required for convolution? without measuring time required to load tensors into gpu and so on

Maybe the time to load tensor is also included in the time, tested on CPU as follows:

Well that’s okay.
Are you using the following scheme for gpu?

I just tested on CPU mode