How to operate variable number of inputs with variable length

I could come up with some conv net where different sized image could be reduce to a fix length representation (by adaptive pooling). But the only solution for number of images i can think of is just sample them to be the same.

Could anyone give me some idea that uses some neural network instead of sampling to deal with this issue?

A few approaches that are often used would be to crop the image, by clipping off extraneous parts or resizing an image by squeezing or extending the sides. 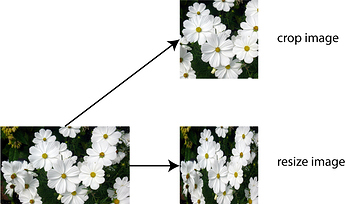 Thank you for your reply! it is very useful to see that so many method can be done on variable size images. However, I still have the issue that within each sample I get variable number of images. So I can crop/resize or do some fancy stuff to make each image same size, I still can not make the number of images per sample the same.

make the number of images per sample the same.

. Not entirely sure I understand what you mean. I assume your NN/CNN inputs a single image, like what is shown in the following graphic. Of course, this operation can be parallelized, but this is the general structure. 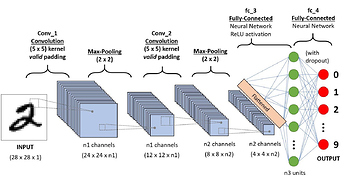 haha. I think @yolle103 is referring to something like training on “videos”. Each video is of a different duration and so different number of frames or “images” and he predicts one output for one video input. @yolle103, you could look at some approaches in lip reading research or similar “video” to target problems.

As an approach that I think is okay to start off with: You resize your “images” to fit a certain fixed shape and then sort your “videos” from shortest to longest. After this, pad the ends of the “video” training examples to the largest in the batch. Due to the sorting, this then would not be too much of an extra compute for your GPU. Your maximum video length per batch, though, will be different. For this, after passing it through a initial CNN feature extractor, you must use a sequence modelling model, like an RNN: GRU, LSTM. Now you have a nice, fixed size, output for each “video” to further train using!

[Of course, there are drawbacks to this “sorting” trick, for example, remember to set shuffling of your data to False everywhere to avoid massive compute overheads. A way to overcome this as a drawback is to call it “curriculum learning” and pass it off as helping your model to converge faster

yeah, great! This is exactly what I need, thanks!