When is it best to use normalization:

What we see in here:

An alternative approach to Z-score normalization (or standardization) is the so-called Min-Max scaling (often also simply called “normalization” - a common cause for ambiguities).
In this approach, the data is scaled to a fixed range - usually 0 to 1.
The cost of having this bounded range - in contrast to standardization - is that we will end up with smaller standard deviations, which can suppress the effect of outliers.

Can someone explain the selected part?

For normalisation, the values are squashed in [0, 1]. If you have an outlier say data.max() the transformed values will be very small for min_max_norm(max in denominator) for the majority of samples. Thereby affecting the statistics of your transformed distribution.

This is a classic fight. But you have to look at the pre and post data to get an idea 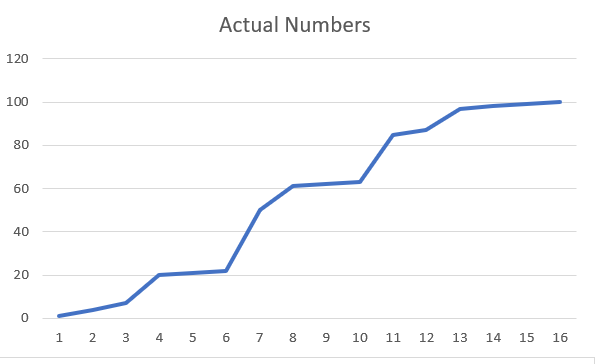 The normalization and standardization affects this array in the following manner 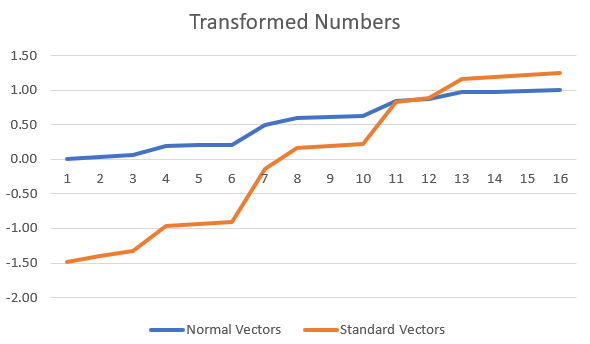 We can see the Standard Array represents the original array better.

Normal Scaling will not create a lot of variance between the points to close to each other, as can be seen in the images

Can you explain this moment in more details if that possible pls?

I think the code you have mentioned doesn’t correspond to min-max.

If normalization squashes data into [-1; -1] then is my norm code version possible to exist?

But which parameter(property) will be differ in such cases: my version of squashing into [-1;1] and min-max normalization into the same range?

You can compare the mean of the scaled values. I am computing the mean as it’s easy to compute.
u_your = (2*u_old - x_max)/(x_max)
whereas, u_minmax = (u_old - x_min)/(x_max - x_min)
you can see that the new means are going to be different after applying the scaling. Correspondingly you can also compute the variance to check if they differ.

Maybe you can additionally explain the first statement

Thanks.
You’ve given a good example.