For several days now, I am trying to build a simple sine-wave sequence generation using LSTM, without any glimpse of success so far.

I started from the “time sequence prediction example”
All what I wanted to do differently is:

This is the link to my code. experiment.py is the main file

The model and training code looks good. I think there’s something weird in your get_batch function or related batching logic - by turning down batch_size it unexpectedly runs slower but gets better results: 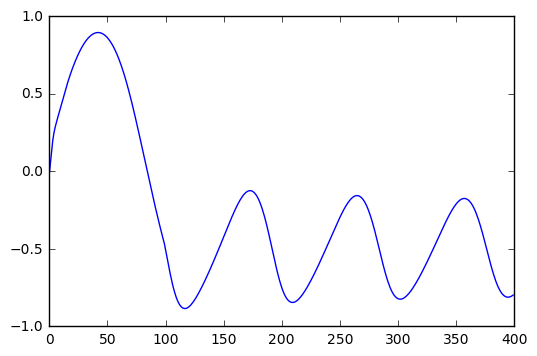 Thank you for your reply @spro
What was the batch_size you used to get this result? I reduced it from 32 to 8, but it is still flats out

I rechecked the get_batch function. You were right, there was were two problems with it (the chosen batch_size didn’t propagate to this function + the targets range wasn’t chosen correctly). I modified the github repository.
However, this still doesn’t resolve the problem. I tried with different batch sizes, but it still flats out

Good results after shortening the period of your sine wave to 60 steps (from 180): 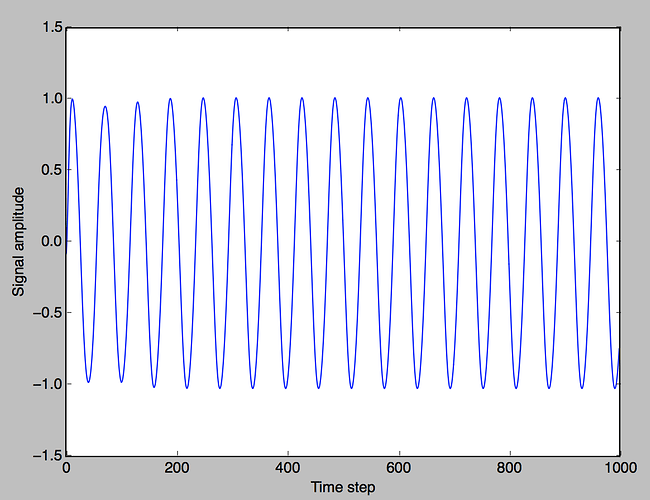 It might be that the long range dependency is too long for such a small model. It can learn to “fit the data” when the teacher is holding its hand, but is never trained on its own outputs, so that’s as far as it goes.

Thank you so much @spro !
I was able to regenerate your output.
I tried with 2 sine-waves components as well (while reducing the steps as you mentioned), and it works beautifully
It is unstable for 3 sine-wave components, but I think this is due to the issue you mentioned, that I don’t train the model on its outputs.
I will train the model on its outputs and see how it performs

@spro: Would you recommend me any paper/blog/tutorial on how to train the model on its outputs?
I understand the general idea, but I am having doubts about its details

Teacher forcing and that kind of stuff is used a lot in seq2seq, I first learnt about it from, Wojciech Zaremba, Ilya Sutskever’s

If you’re comfortable with Torch, then I think you’d have a lot of fun playing around with that code, IT’S A CLASSIC

A quick and dirty version with your existing code:

Thank you so much for your help @spro and @AjayTalati , much appreciated

on the topic of RNN training, I just wondered if either of you guys had seen an implementation of Professor Forcing,

I’d be interested in doing a PyTorch implementation of this?

Hi @AjayTalati : I didn’t find any implementation for the Professor Forcing

Thank you for the LSTM threads, I’m learning so much from them!
(This one and the more recent one, but I felt that this was better fitting here.)

A few observations that may or may not be interesting regarding the pytorch example (in particular with (entire) batch:

Is that similar to your experiences? What’s the conclusion, in particular for the first point.