Performance highly degraded when eval() is activated in the test phase

OP replied to this that even with larger batch size and smaller momentum, the problem persists. I have the same problem.

I’m using this code to do gesture recognition 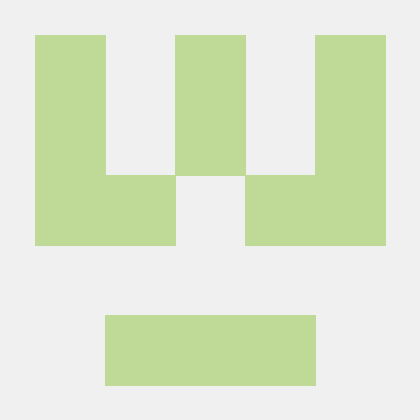 Why don’t you just remove the batch norm layer all together? For smaller datasets, this helped me.

Supposedly other normalization layers, like the group norm, fix this problem.

I was training a model containing batch norms, and also saw degraded performance when using model.eval().

Using GroupNorm actually fixed it, but I think BatchNorm is still the superior normalization so I wanted to use that.

In the end I saw I was indeed using the same BatchNorm layers in different parts of the network. Once I changed that it worked again.

Hope this helps for other people!

Had same problem, this fixed it for me, thanks @mohsen

Thanks,
It solves my problem. Is this a bug of Version 0.4.1? Cause it means model.eval() cannot disable the Batchnorm running mean?

I’m seeing this exact same issue and I’m using version pytorch 1.0rc so I’m thinking nothing is bugged. My model is the pytorch densenet implementation found at: https://github.com/pytorch/vision/blob/master/torchvision/models/densenet.py. In the model the BN layers are generated in a loop, but they do have overlapping names (norm1, norm2) line 22, line 26 respectively. I’m not as familiar with generating BN layers like this, could this indicate the “re-use” issue you are talking about?

I am also using small batch sizes (because my input is huge) so running average estimate is another possibility.

Are you using the exact same implementation as densenet? If so, “reusing” is not a problem because each norm1 is assigned to a different module object.

Thanks @mohsen , setting the track_running_stats equal to False solved my problem

Hi
I emerged same problem when I use PSP-Net which includes Batch norm and dropout.
Should I use it without eval() for prediction?

I have also meet this issue. When I disable cudnn of BN layer, the problem is solved.
You can try it. One example is at https://github.com/Microsoft/human-pose-estimation.pytorch.

I want to share my experience with this problem. I’m doing video deep learning (gesture detection), which is particularly demanding in terms of memory, at least on my private dataset.

I first encountered this problem in July 2018 Conflict between model.eval() and .train() with multiprocess training and evaluation
I usually have a batch size below 10, and that’s using multi gpu, so rather 3-5 examples per gpu.

I enabled BN in validation to have a real view on my validation metrics with model.train(). But of course this leads to very poor results when I actually want to use my model on real world data.

So what exactly is happening ? Your model has been fitted to understand small batches : it has “overfitted the batch”. This is very counter-intuitive because we’re accustomed to think that samples seen in a batch are purely independently seen, or rather that batch normalization is just some kind of help and an augmentation. But this view is erroneous, especially on small batch size. If you look at the values that a normalized sample will take inside of a small batch, you can see that they will vary highly. In other words, the standard deviation of the values that your sample takes in random batches of your dataset is high. If you had a greater batch size, say 32, the distribution of values that your normalized sample would take after a BN layer, among random batches, would be much more narrow. I think this is a good view to what exactly is happening when I say that the model overfits the batch. Your model is trained to look at a much wider distribution of values, and is not especially smart of the subset of values that it will see when model.eval() is set.

I’ve tested a few solutions, some of them outlined in previous answers.

By the way, if you use a pretrained model and encounter this BN problem, notice that you’re also using your pretrained model very poorly, because it (probably) has been trained to look at very different distributions of means and stds itself. In my experience it’s still better than nothing, but it’s pretty under-optimal.

Another word on why this might not be too problematic for you. If you can just use the exact same batch size as your training in validation, and make sure that your batches are exactly as random as in your training, and you’re setting model.train(), you will pretty much have the best validation metrics you can. This is especially true if your test set is not “reality” but another dataset sitting on your hard drive. It’s not a satisfying solution for me because I want to use my model efficiently, by setting the batch size at the highest value I can, optimizing my model with fusion of layers, and (without going to much into details) feeding very similar data in each batch in inference. But if you don’t have these constraints, you’ll be alright.

In practical scenarios, a trained model usually accept one single input in one time. Therefore the batch_size=1 (small). So, in this case, will the BN layer result in unexpected results?
When you mentioned “Maybe the batch size was too small”, do you mean the batch_size used for training or testing?

I finally resolve the problem. I get the expected results when executing model.eval().
I find I wrongly misspelled the code and reused the batch_norm layer. That was why I got the problem.
This resulted in the same situation most people mention here.

After I correcting my code, I get the expected results.
This is the snippet of the code before correction:

I correct the code and FINALLY, IT WORKS.

This worked for me too even with BatchNorm1d layers. One can do type(child[ii]).__name__.startswith('BatchNorm') to cover all cases.

But If the batchisze=1, interpolate got error.

Note: there is a typo in @Wendell_Philips code sample above (runing instead of running), which will cause it to silently do nothing.

I met the same problem but the reason is different from all above.

I train the model with half precision for saving memory, and an ounce of values of running_var (about 9w) is out of the bound of float16(6w+). As a result, some running_var becomes ‘inf’ and yields wrong results when running in eval mode. On the other hand, when running in training mode, the precision seems normal because only few batches yield inf in running_var.

Solution: Use float32 for BN layers even when training in half precision (float16), you may wish to see here for code.