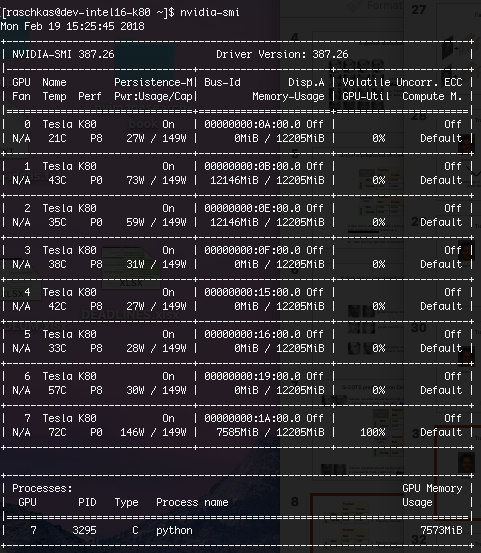 CTRL+Z suspends the current foreground process via SIGTSTP and doesn’t kill it.
You can return the process to the foreground via fg process_name.
It’s thus expected that the memory is not released.

where’d you get those K80s?