If someones are interested, I’ve realized this PyTorch tutorial to implement the neural transfer of artistic style developed by Leon Gatys and AL: 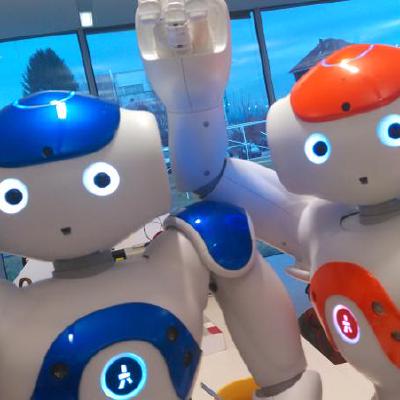 Pytorch tutorials for Neural Style transfert. Contribute to alexis-jacq/Pytorch-Tutorials development by creating an account on GitHub.

Any feedback is welcome!

That looks great! But does the code work? You have that # -- WRONG CODE -- comment, and it indeed looks incorrect to me. You can’t construct an optimizer with a single Variable input. It needs a list of Variables, so optim.Adam([input], lr = 0.01) should work.

Yes, the code works and I give the whole script in the “.py”. I show the wrong code to explain the global idea, then I give the correct version just below (maybe not a good pedagogy…). But I didn’t know that just a list of Variable works, this is much simpler that what I did (I constructed a module with the variable as a parameter). Thanks !

If using torch.optim.SGD instead of Adam, the codes work. However, I guessed Adam would give better performance in some cases, and thus tried to use Adam algorithm.

I have read the original codes and searched some related webpages like https://github.com/pytorch/pytorch/blob/master/docs/source/notes/extending.rst. Unfortunately,
It is still confusing for me to correctly use the input parameter group of Adam optimizer in this situation.

Would you mind give an example of using the Adam optimizer? Thank you Adam O(∩_∩)O

Third argument to constructor of optim.Adam is a tuple called betas. Optimizers have different constructors, you can find them in the docs.

Got it, thanks a lot for the reminders from @apaszke and @smth !
I missed the right constructor, though reading through available codes and specifications

@apaszke, I was playing with this impl, however doesn’t seem to work at all using Python3.6 + Pytorch 0.1, with the following errors:

@ecolss, also I did the code using python2, I don’t know if it would work with python3.6.

@alexis-jacq mentioned, it was a python2 implementation, however I don’t think it is the problem here.

@apaszke any suggestions to debug this?

Debug for a while, found the root cause of the error:

Thanks for having reported this issue.

The code is working on my computer but anyway, I did it quickly when I discovered Pytorch, so I am not surprised if it causes bugs on another system. It is fool of hacks and the implementation is not clean (as you can see here: How to extract features of an image from a trained model). I have to re-write it, I will do it as soon as I have time for myself.

@ecolss Wouldn’t data.view be more appropriate than data.resize in this case? The output tensor has the same size, just a different shape. I think PyTorch’s view is very similar to numpy’s reshape method.

Yes, it’s better to use .view

.view is cool, I just wasn’t aware of it before.
However, .resize also returns a view, doesn’t it? I mean any particular difference between the two?

.view is way way safer than .resize and there are hardly any cases when .resize should be used in user scripts. It will raise an error if you try to get a tensor with a different number of elements, or if it’s not contiguous (.resize can give you a tensor that views on a data that wasn’t used before).

Hi Alexis, cool work!
I think you can get better results by using LBFGS though. You can check here for an implementation: https://github.com/leongatys/PytorchNeuralStyleTransfer