Hello dear community,
I’d like to ask for your advise/expertise on an issue that I am currently facing.

Summary:
I am training a Seq2Seq model that generates a natural language question based on a graph. Train and validation loss are decreasing throughout training but predicting questions outputs nonsense.

Context:
My goal is to create a model that is capable of generating a question given a small ‘question graph’, that represents some semantic context. For example, a question graph such as (Person) - [acts in] - (Movie) - [directed by] - (Director) (think of paths that can be matched using Cypher in Neo4j), could result in a question like Who acts in the movie that is directed by the director? Considering node attributes and copying them into the generated question can be ignored for now.

My Approach:
Using a question dataset (currently all questions from HotpotQA), i generate a question graph for each question using algorithmic approaches (NER & Entity Tagging for nodes and Dependency Parsing for edges). This works fine. Combined with the original questions, which the question graphs originate from, I now have a set of training pairs (question graph - question), that I am using to train a Seq2Seq model as such:

Problem:
The underlying issue is that I can optimize the loss, but when examining the generated questions, they neither make sense grammatically nor do generated words seem to be related to the question graph (only very vaguely). Even predicting on the trainset does not improve that quality. Also, in terms of generating nice questions, I am not able to overfit the model (by disabeling dropout, using complex model and many many epochs).

Example Outputs:
(For context: The “MASK_” tokens are predictions of nodes. During preprocessing, I replace all Named Entities with their corresponding label (e.g. Who visited Michael last weekend? would result in MASK_Person visited MASK_Person last MASK_DATE?) Since I do not adopt a classical Copy Mechanism to copy attribute names from the question graph, I instead predict their node labels (which are part of the vocabulary) which i replace with node attributes later in my architecture)

Actual: DJ Fisher was an agent for which basketball player whose name means “special blessing”?
Predicted: ['which', 'was', 'a', 'UNK', '?']

Actual: What Indian Constitution established authority estimated the money scandal around the 2G Spectrum scam?
Predicted: ['when', 'did', 'was', 'has', 'that']

Actual: Dolomedes briangreenei has been named after which American theoretical physicist and mathematician?
Predicted: ['the', 'of', 'MASK_Ordinal', '?'] 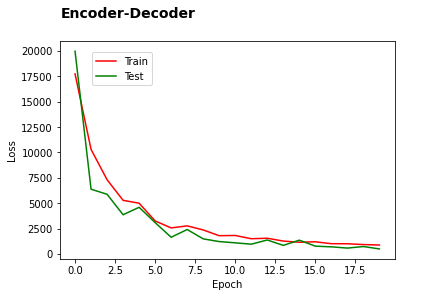 B: Loss curves. Using 20K samples, initial lr=0.065, higher complexity Decoder (3 GRU, two dropout of 0.4, batch_size=128) [As a new user, I can not post two images. But the curves are very similar, except validation starts of at around 8x higher than train loss, and oscillates much more than in A)

The training loop follows the implementation of this tutorial: NLP From Scratch: Translation with a Sequence to Sequence Network and Attention — PyTorch Tutorials 1.12.1+cu102 documentation
The Loss is torch.nn.NLLLoss.

Thank you for taking time to read this post. I have already learned a lot throughout this roject but at this point, I feel like I reached a point at which I am out of ideas to improve. Any advice into which road to take is appreciated.