when I train a model using DDP in 4 GPUs and evaluate it in one GPU with args.local_rank==0, I want to broadcast the top1 to other GPUs. but I got the deadlock. The GPUs (local_rank=1,2,3) just enter the next command without blocking to get the broadcast results.

The code is shown below. It was execuated after finishing training one epoch.

The result is shown below. The process was hanged after print the following information:

Is there anyone who met the same problem?

Can you try this way

Thanks for your reply! But it still doesn’t work

Hey @cindybrain, that’s weird. Could you please share a self-contained repro? Thanks! 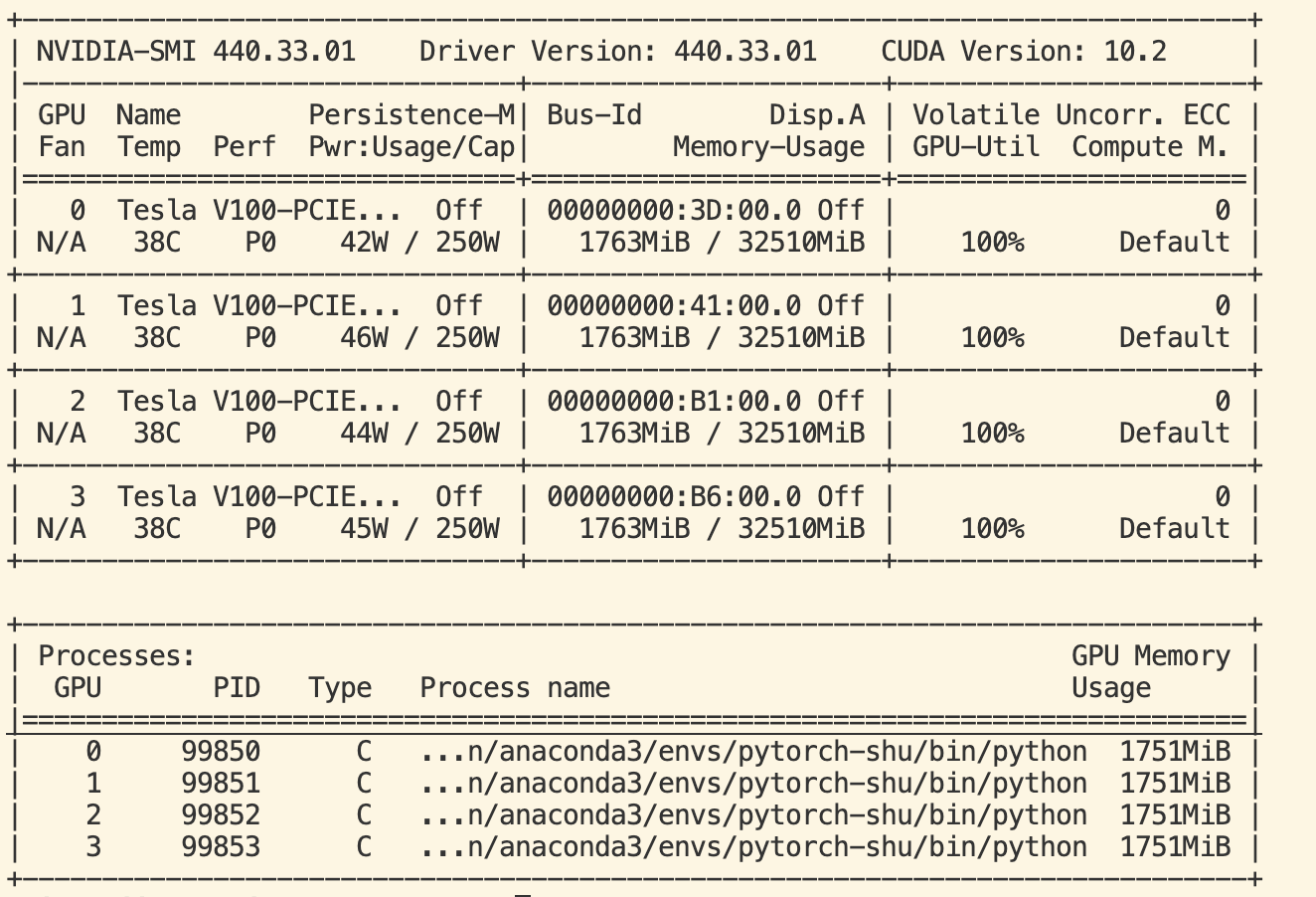