I’ve trained the stock torchvision ResNet50 to predict classes for images. It achieves 93% accuracy in training.

When I load my model after training and place it in eval mode it gives completely different results, and so accuracy for the same images. The model in .train() mode gives the expected ~93% but in .eval() mode it gives only 50%, as if it hasn’t been trained at all.

I can force the two models (in train and in eval modes) to behave similarly if I run:

where model is the model in eval mode.

I now get the correct outputs from the .eval() model but only if I use the same batch size as in training (64). The output should not depend on batch size.

Is this an issue with the BatchNorm implementation, or am I doing something wrong?

You could try to change the momentum of the batchnorm layers and see, if the stats would represent the activations better. If you remove the internal stats I guess that the batch stats would be used, so it’s expected that the results would thus depend on the batch size.

Thanks for the reply! I’m actually having this problem even when using the exact same data, no train/test split.

For example, I initialise two copies of the model and load the trained weights into both - in the first I do model1.train(), in the other I do model2.eval(). I then load a single batch of data and pass to both models. model1 will achieve the correct 93% accuracy in this case, as it did in training, as long as the batch size is the same as in training (64). model2 will achieve 50% regardless of batch size.

Thanks for the update. This artifact might then be caused by different distributions even in the training data. It might be similar to this behavior, i.e. the batchnorm stats would converge to the mean of all samples, while your dataset samples might be coming from distributions with different means.
During the training the activations would be normalized using the batch stats, while the running stats would thus be off. 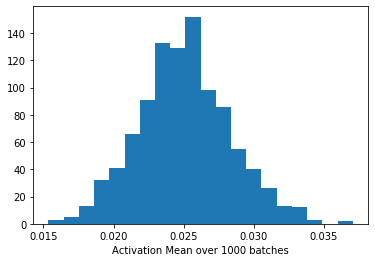 And the variance here (only one media file per post, sorry) 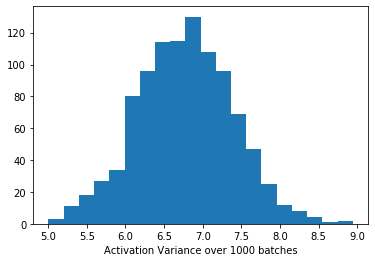