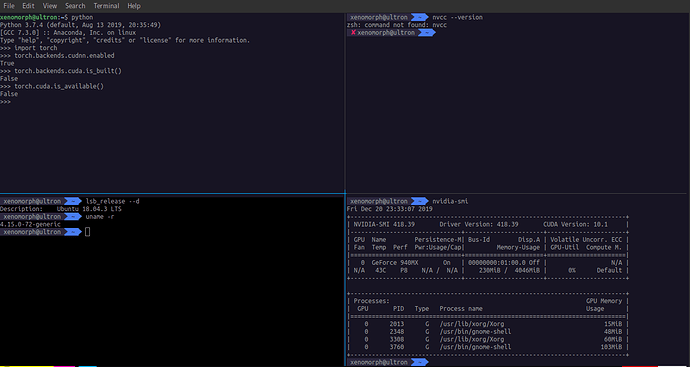 How did you install PyTorch? Did you build it from source or installed the binaries?
Since the binaries ship with CUDA and cudnn, you would just need to install the NVIDIA driver.
Note that also nightly binaries are built, in case you need the latest version.

That looks alright.
Could you post the output log of this install command?
Maybe a wrong version was picked.

Apparently the cpu version will be installed as shown by the binary name.
Which OS are you using at the moment?

Could you try to update conda via:

and retry the install command?

@ptrblck no changes, it still installs the cpu version.

@ptrblck so conda did not work, but I installed it via pip and that works. thanks.