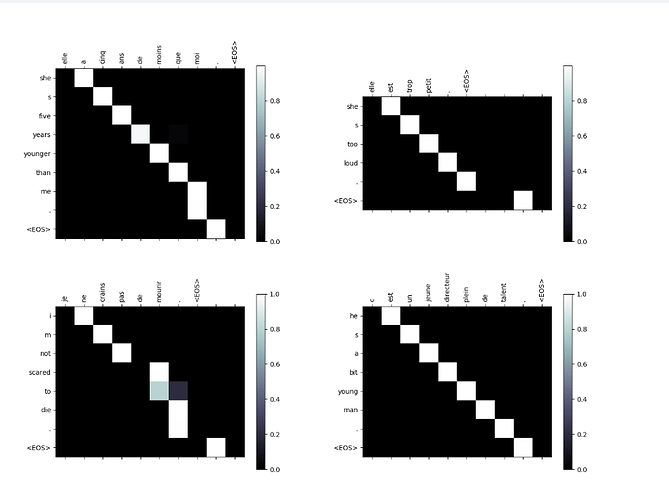 If you want to get a helpful answer, you should explain what you’re trying to do, how and why did you plot these diagrams and what you expected to see in them.

From a purely linguistic perspective, it looks like the diagram was shifted “one block” to the right.

Also, what direction are you translating into? Because there are nonsensical sentences in both english and french (“elle est trop petit” has wrong grammatical agreement, “he’s a bit young man” doesn’t make sense…).

It’s surprising as well that you get mostly 1.0 values throughout the diagrams, there doesn’t seem to be a lot of variation in the values, except for the third sentence pair…

Ho it’s the attention maps from the NLP tutorial ! ok.

I am not a specialist of this, @spro correct me if I’m wrong here !

Thanks for the clarifications, I didn’t see it was from the tutorial either