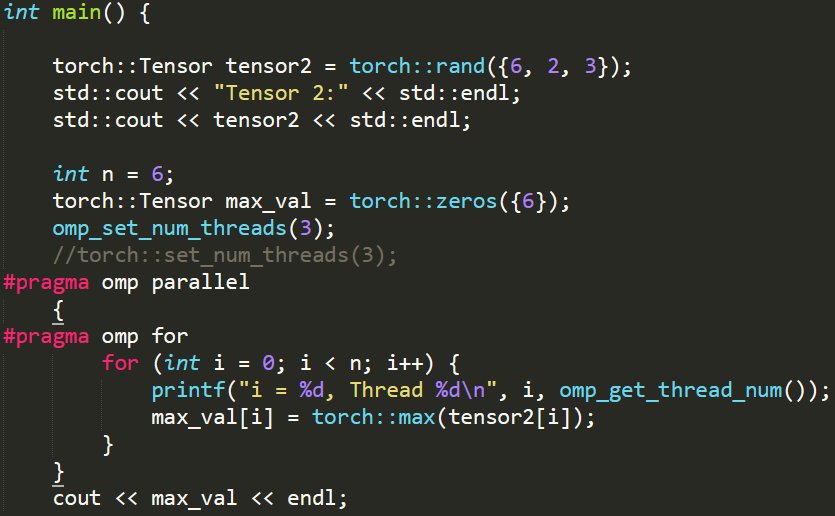 image357×953 14.8 KB
I want to use libtorch functions in OpenMP. However, there are some problems:

Has anyone encountered the same problem? Thanks!

I’ve also used libtorch (GPU) functions in OpenMP, and I notice the computation time is not linearly reduced as CPU functions. For example, a function need 1000ms in one core, and 100ms using OpenMP with 10 cores; however, for GPU, a function may need 100ms, while using OpenMP with 10 cores, the time may be 80ms (the GPU memory is enough), do you have any idea about this problem? Thanks a lot!