Hi, when I run my pytorch model on an android phone, there was a warning as fellow:

Warning: Named tensors and all their associated APIs are an experimental feature and subject to change. Please do not use them for anything important until they are released as stable. (function operator()).

I initially thought that some operators in my model caused this problem, but when I use the model only of one conv layer on an android phone, it appeared again.

The model structure is shown in the figure below 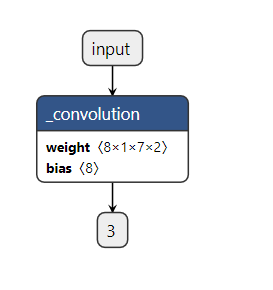 Why does this happen？my pytorch vision is v1.6.

The list of supported operators by named tensors is here:
https://pytorch.org/docs/stable/name_inference.html#name-inference-reference-doc

convolution operator is not supported for named tensors.

Thank you for your answer!
I know the convolution operator is not supported for named tensors. It is just because it is unsupported, there is no named tensors operator in my model. Hence, it is normal that this warning should not appear? But the warning appeared.
Or to say, is this warning bound to appear in the relatively recent version? But when I run the official demo app named HelloWorldApp, the warning doesn’t appear. Demo’s pytorch version and andriod library is 1.3.