I’m training a TCN model for time series prediction, the structure is as follows: 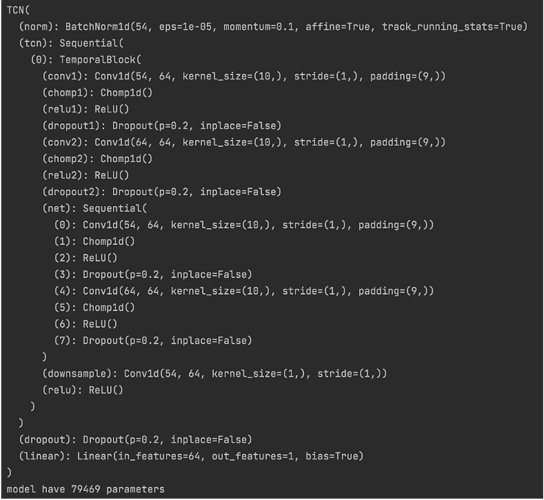 I have tried to lowe the learning rate, but this time it just took a little longer to train and I still get the same reported error! And I dont’t know why this happen…

Can anyone who also met similar problems help me?
What’s the problem and How can I correct it?