I have just written one line code:

but I got an error, I would appreciate it if you could help me!

oh I think I should install the six first…

Got the same error in my conda venv. I tried to reinstall and upgrade everything, but that did’nt fix the issue. I’m using Windows, Python 3.6.6, 64 bit.

six can’t be imported via anaconda prompt, but if I try
pip install six
the output is:
Requirement already satisfied: six in d:\programme\anaconda\lib\site-packages (1.11.0)

Hi, I fix my problem by installing the module named ‘six’.

For your problem,
I’m not sure but I think there may be 2 or more different python environments.
Just use the command ‘pip install six’ is connected to your default python environment in your computer,
In that case, you should activate the exact environment using by your project first and then install the six module in it. 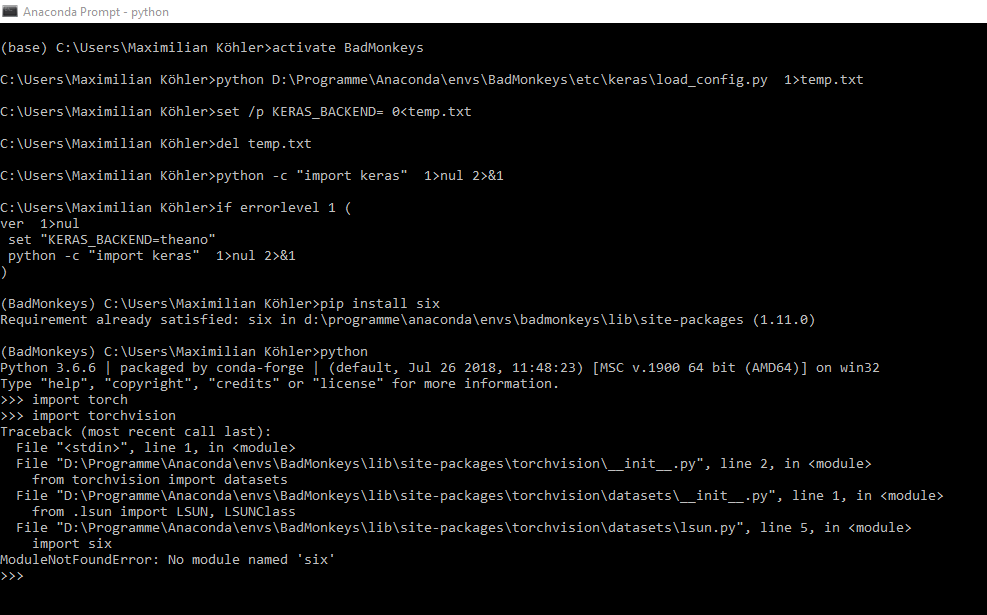 Ok I don’t know why pip spits out that six is already installed. As I said I upgraded this via pip install six --upgrade

Anyway, this did the job for me:
conda install -c anaconda six